My Humans of Stafford Project

Photographer Brandon Stanton set out on an ambitious project: to single-handedly create a photographic census of New York City. He started this project in the summer of 2010, armed with his camera, he began crisscrossing the city, covering thousands of miles on foot, all in his attempt to capture ordinary New Yorkers in the most extraordinary of moments capturing a breath-taking scope of humanity, Humans of New York is a celebration of individuality and a tribute to the spirit of a city.

So being inspired by the Number One New York Times bestseller, Humans of New York, this book and project really resonated with me. I know Stafford may not have the “outsized personalities” as New York has but it is my hometown and I love Stafford. Wanting to do something similar because I believe we have some really interesting characters in and around my town of Stafford.

Starting this project in 2019, which according to Google Stafford’s population now in 2020 there is about 134 975 people. So join me in my continuing visual story of the people of Stafford where I am aim to photograph as many Staffordians as possible in their own town and areas creating a visual census of my home town just like Brandin Stanton did in 2010 and show that you can find the most amazing people on your very own door step. 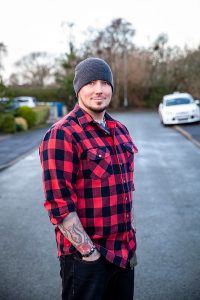